Congratulations! You have made it to summer! School is out and hopefully things are slowing down a bit in your routine.

After such a cold winter and a rainy spring, I’m eager to see if I even mind the scorching heat of southern summer this year. If so, I may just bear it and think of places such as Iceland, where June weather ranges between 47 and 53 degrees. Their official “summer” began on April 23.

Summer is a season, but for our kids, it is an extended holiday. All of our responsibilities we juggled with ease during the school year must now be combined with shuttling to and fro for pool dates, summer camps and other activities. Hopefully, we can also coordinate a bit of wandering for our young explorers.

A recent broadcast of a couple investigated for allowing their children, ages 10 and six, to roam the streets made national news. The story opened my eyes to terms such as “helicopter parents” (a.k.a. busy bodies) and “free-range parents” (the ones at home wondering why they haven’t seen the kids in a while).

I was surrounded by both of these as a child growing up in Livingston. My best friend’s grandmother had ways of knowing when we’d ventured too far. My mom would send us out the door saying, “Go play, check in for lunch and don’t be later than dark.” It was the way we rolled in a small town. Tuscaloosa neighborhoods are no different.

Many of us remember timeless, "last a decade-like" afternoons roaming the sidewalks, walking or on bikes, lunches at the Dairy Queen where we snacked on a swirly cone, traversing creeks, culverts, pastures, and flag football games we just happened upon. There were no cell phones. Okay, maybe there was a pay phone - but who could keep a quarter in their hand while riding a bike?! We were adventurers! We didn’t carry purses! The end of the day was signaled by the subtle neon blinking of lightening bugs, as we’d say goodbye to our friends and peddle quickly home to see what was for dinner.

Being on the lake, it is hard to focus on work, I admit. The boat dock is usually dripping with kids, dogs and life jackets. This past month, my oldest graduated from college at Alabama. He’s headed to set the world on fire with his music. I just hope he remembers to take some time to savor the little things, to remember the mud pies, the ice cream truck and his little red plastic jeep.

While he is on the road chasing his dream, I’ll be reminding myself to snuggle with his little sister (who just turned 10) and really immerse myself in her summer, while staying out of her way so she can explore, learn about the world and be completely carefree and creative the way we used to.

Before too long, the days of summer will lead us into fall.

Icelandic summers include a full 20 hours of daylight each day in June. Here in the south, we’re given fewer hours of daylight – but many more hours of sunlight (Iceland’s summer includes, more often than not, lots of cloud cover).

So embrace the Southern Summertime! We can dream of summers elsewhere, but then we would miss out on all this sunshine, humidity (and sweat), and especially the adventures that are going on in our own back yards.

Blessings for a memorable summer.

Find them on the web: https://www.medcenterurgentcare.com 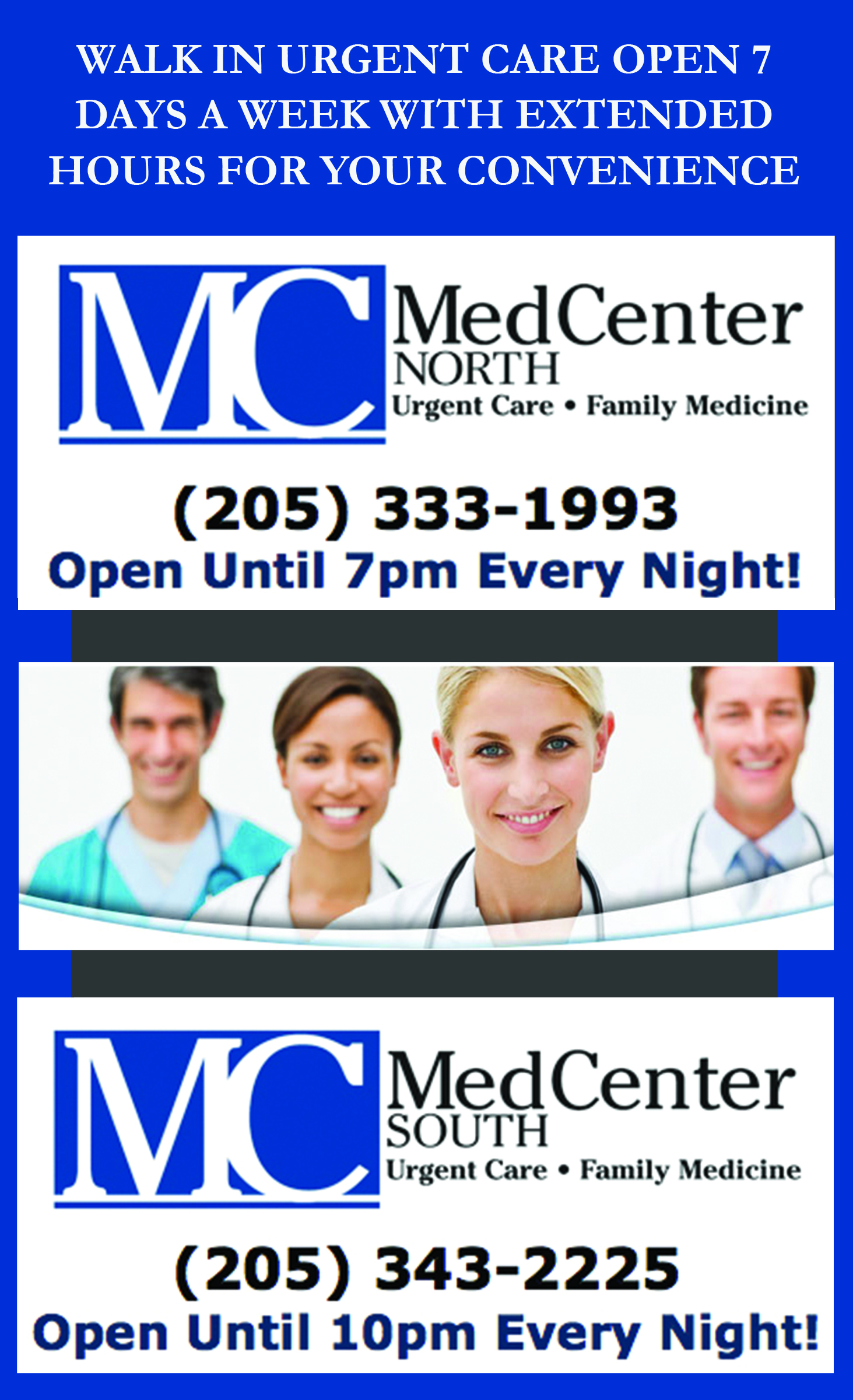 More in this category: « Water Parks Cheap, Fast Water Fun »
back to top

Try something new! The Pinhoti trail is only an hour from Birmingham. https://t.co/FB1N3PrMob

Give Life to Your Story: Your Teenager Craves Your Attention

Druid City Media is looking for a p...

Lake Living: Reasons to Nurture You...

Give Life to Your Story: Your Teena...